Talk of it being upgraded to 7.8 already. USGS details and map here, copy here: 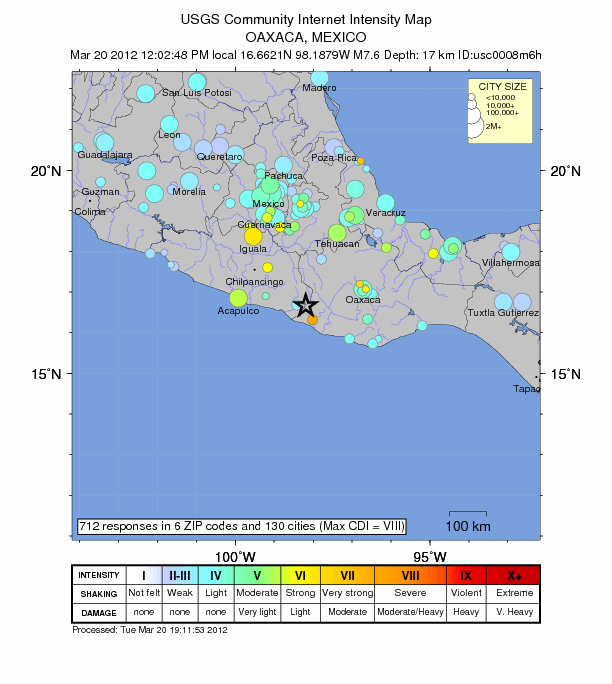 Depth is being reported at 10.9miles, which isn’t funny in the slightest, either. Residents of shakyzones all over thinking of you, Mexico.

Update 2: Epicentre now nailed down to South of a place called Omotepec, coastal and on the frontier between the States of Oaxaca and Guerrero. The municipality of Omotepec has a total population of 20,800 people, according to the 2005 census. Hope they’re ok, but anything that starts with a 7 is not something you’d wish on your worst enemy.

Update 3: Holy crap, it went on for 55 seconds. I’ve personally experienced a 6mag of 10 second duration and had to be convinced by hard evidence later it was that short, cos it felt like minutes at the time. But 55 seconds is an eternity and there must be some very upset people up that way today. We send our sincere best wishes.