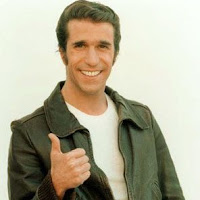 Correa’s role model
Maybe this is why The Hawaiian is getting all cuddly with Studmuffin…he wants to know how to get one over on WallSt in cool and definitive fashion. Oh wail ye captains of industry, the mouse has roared. Ecuador 1, World 0. I don’t mind admitting that I didn’t think he’d get away with this….pretty damned masterful play and I doff my cap to The Muffin.

Bloomie’s Kueffner tells it better than I can and in fewer words, so here’s his note:

By Stephan Kueffner June 11 (Bloomberg) — Ecuador bought back 91 percent of its defaulted bonds due 2012 and 2030 and will re-open its offer to bondholders who didn’t participate, Finance Minister Maria Elsa Viteri said.

Viteri disclosed the results today in Quito after the buyback offer ended on June 3. President Rafael Correa, who said in December that he was refusing to repay the $3.2 billion in bonds, was present at Viteri’s speech.

She reiterated that Ecuador defaulted on the debt because it had evidence that crimes were committed in connection with its issuance.

To contact the reporter on this story: Stephan Kueffner in Guayaquil at skueffner@bloomberg.net