A sad day for the Ecuador knownothings 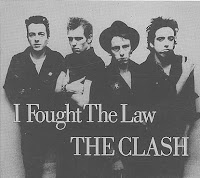 The mining jungledrums are abuzz with the news that Ecuador will ratify, confirm, sign, put into action or whatever you want to call it the new mining law on November 4th (and yeah, nov 4th 2009 before you ask). Here as an example is Cornerstone Capital (CGP.v) and its news release, but you’re going to see plenty of variations on this theme today if you get autofeed PRs from miners.

MOUNT PEARL, NEWFOUNDLAND AND LABRADOR–(Marketwire – Oct. 16, 2009) – Cornerstone Capital Resources Inc. (TSX VENTURE:CGP – News; FRANKFURT:GWN – News; BERLIN:GWN – News; PINK SHEETS:CTNXF – News) is pleased to announce that at a meeting held yesterday in Toronto, the Government of Ecuador confirmed that the Regulations to the Mining Law will be approved by November 4, 2009 and exploration work will then be allowed to resume.

This announcement was made by the Ecuadorian Vice-Minister of Strategic Sectors, Mr. Luis Roman and the Vice Minister of Non-Renewable Natural Resources (ex Ministry of Mines and Petroleum), Mrs. Carolina Bernal. Both Government representatives are part of an Ecuadorian delegation that met with their Canadian peers in Ottawa the previous day. CONTINUES HERE