How much of a sectornerd and miningwonk do you need to be in order to read the mission statement of a CSE-listed tinycap exploreco and derive enough amusement from it to put a blog post together on a Thursday morning? Guilty as charged, m’lud.
Today,  an outfit called Cerro de Pasco Resources (CDPR.cse) announced the appointment of a new independent director. After all the gushing noises and stuff, your humble scribe’s eyes were drawn to the CDPR.cse corporate profile at the bottom of the NR. Specifically, this bit:

The Company’s focus will be on developing the El Metalurgista mining
concession, application of the latest science in geo-resource and
industrial development, reducing dependence on conventional “dirty”
mining of commodity metals and promoting the productive utilization of
all material resources (both primary and secondary) available at Cerro
de Pasco in order to secure long-term economic sustainability in harmony
with a healthy and prosperous local population

Have you ever been to Cerro de Pasco? Has anyone at CDPR ever been there? If they have, did they go at night and only stay for 15 minutes or something? I mean, good intentions and all that, but seeing words like “harmony” and “healthy” used in a blurb for Cerro de Pasco? I suppose they could make a meaningful difference by working on the town’s environmental betterment and filling in that small earth workings smack bang in the middle of the urban population centre, but… 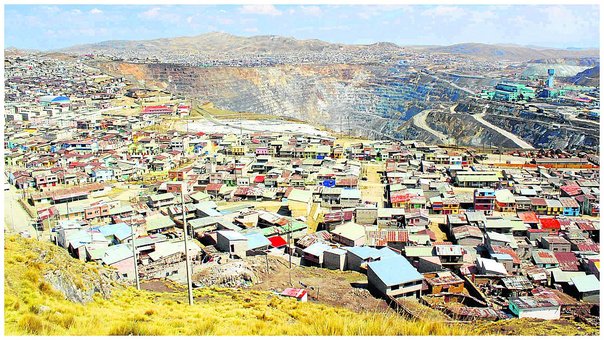 …that would probably be out of the budget of a CSE-listed junior. In its first year, anyway.