Alvaro Noboa and his banana 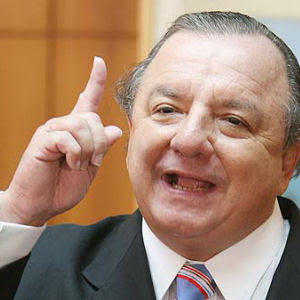 Ain’t he pretty? No wonder he has to pay……
Scandaltime at IKN, as we catch up with Álvaro Noboa of Ecuador. The one-time presidential candidate beaten out for the job by our very own Studmuffin, head of Grupo Noboa, tax-evader and owner of the Bonita Banana brand that has made him very rich indeed (and his workers mainly miserable) has been accused of forcing a model to have sex with him, a certain US citizen named Nancy Malleo. 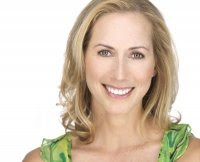 Hi Nancy
Here follows the first part of the news story, but click thru for the rest that has the bits about forcing her to give him oral sex in his office, how his condom broke and how he forced her to take a morning-after pill, all in the company of armed guards that made sure Nancy was under his powers. Here we go with the dirt:

“NEW YORK (CN) – A model claims an Ecuadorean billionaire banana exporter and politician lured her to Ecuador with an ad on Craigslist, intimidated her into having sex with him and forced her to take the “morning after pill.”
The New York-based model claims she responded to a Craigslist job posting seeking a “fit model” in her 30s for a photo shoot in South America for La Verdad, a political and lifestyle publication owned by Alvaro Noboa, Ecuador’s richest man and a perennial presidential candidate there.
Cragislist is not named as a defendant in the complaint in New York County Court. The woman, a mother of three, sued Noboa, Grupo Noboa, and La Verdad Magazine. Noboa’s corporate holdings include Bonita bananas, according to the complaint.
The woman says one of Noboa’s employees hired for a four-day photo shoot in Guayaquil after asking her to send a picture of herself in a bathing suit. Shortly after arriving in Ecuador, she says, she received a dinner invitation from Noboa, who arrived at her hotel with “a large number of men armed with machine guns and other weapons.” She says Noboa took her to a private residence surrounded by armed men and immediately told her to go to the bedroom.
“Noboa ordered (her) to lie down on the bed and he began to engage in sex with her while wearing a condom,” the lawsuit claims.
She says Naboa bit her several times, giving her painful bruises….”

Damn, this is the calibre of President that Ecuador missed out on, is it? So anyway, Nancy is suing him for $25m. Here’s hoping she gets the win.