And on the subject of Peruvian economics……. 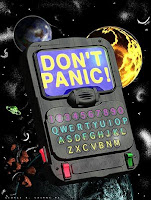 ….the Peruvian Central Bank’s (BCRP) newly revised forecast for 2009 has some very strange assumptions. This report from Reuters lays out the general scenario, but the key changes are:
If this isn’t bistromatics of the highest order, I’m Chinese. And I’m not Chinese. Look, even taking the BCRP’s own metrics don’t you think that simple logic points you in the general direction of saying “This is BS, dude”? Seriously, how can domestic demand, imports, exports and inflation all drop and the GDP forecast stay the same? And that’s only the start of things, really. Here’s a chart showing Peru’s exports in the period 2005 to February 2009:

Can you seriously tell me that Peru is going to beat its 2008 export total this year? Even Carranza’s Finance Ministry recognizes that exports will drop from around $32.47Bn to around $28Bn this year (which is also exaggerated imho, it’s more likely around $25Bn), so I’d be interested in finding out what BCRP top cheese Julio Velarde was smoking when he came up with a 1.9% YoY export growth prognostication. To labour the point, Peru is staring a 15% to 20% drop in exports in the face, not 1.9% growth.

It’s the same story with imports, of course. Growth in 2009? Oh c’mon guys, at least make your bullshit survive more than a cursory glance at reality.

It does make me wonder what Velarde is trying to achieve here. I actually basically respect the guy and know full well he’s not a klutz. Perhaps by making such outrageous claims he’s trying to send a signal to people that look further than the headlines in El Comercio. Perhaps he’s trying to say “Twobreakfasts is making me manipulate the GDP number, so I may as well make them look as silly as possible”. I’m just trying to find a thread of logic where there is none.