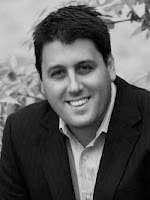 De Tin Marín de do Pingüé…
Tell you what, once you start scratching the surface of how Marin Katusa of Casey Research runs his self-serving enterprises you can’t help but notice a trend….kinda lapse of IKN not to have sniffed around this scumball’s modus operandi previously, really.
Take for example CBM Asia (TCF.v), a company he pumped non stop in 2009 and early 2010 before suddenly deciding that it “wasn’t impressive” any longer. All you need to do is plug in a couple of keywords into Google and things like this pop out (IKN highlights in red):
Yep, in the middle of his pumping TCF.v ran a $3m private placement at 30c, which got upped to $3.3m (11m units, with a now totally worthless warrant attached at 40c) for which Marin Katusa managed to pocket a cool $100,000 in finder’s fees commissions. And yeah, this is the very same TCF.v that hired his Casey Research buddy and PP running pal Marc Bustin (as in “bustin your bank a/c”, probably) as consultant…i wonder what group of people ended up paying those consultancy fees?
But anyway, let’s see how TCF.v has done since that PP was filed as closed:

Hmm, not so hot. But don’t worry Caseysheep, at least you can gain solace from the fact that not everybody lost as much money as you did on that deal, cos the guy that got you into this dog walked away with 100k in his pocket. Better born lucky than rich, eh Marin?