Argentina: Just a little reminder every now and again….. 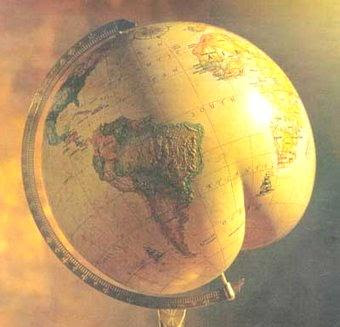 …is enough to realize just how dumbass its politicos really are.

I try to ignore Argentina as much as possible on the blog these days because it’s just too silly. For some it’s difficult to explain just how a country that has everything necessary for human development, virtually unlimited water supply, most flavours of climate but for the most part very clement and agreeable weather all year round, vast tracts of fertile land, hydrocarbons for all, friendly people etc etc etc can be so screwed up. But just check out the people that have been running the shop for the last 20….no, 30….no, 100 years and the answer is pretty simple in the end.

Today’s small example comes from the mouth of President Klishtina. It’s only a little thing but it’s enough to keep me on track and as far away as possible from bizarro circus numero uno. The subject was swine flu (AH1N1 still sounds so boring next to the original name) and the fact that 137 people were yesterday confirmed as fatalities in Argentina, a big jump from the weekend’s 92. Klishtina said:

“I’m not worried that Argentina is second in the mortality rankings because it’s the only (country) that really counts its figures (correctly).”

And y’know what? After living in the country for several years, I can assure you that the BS coming from her mouth will be believed by the majority of Argentines. Not because they trust her over the World Health Organization, or Chile’s health service or that of the UK, or France or whatever else. The reason is that the average Argentine has absolutely no idea about what goes on outside their own country apart from the European soccer leagues or the odd ‘bleeds-it-leads’ accident that gets picked up from CNN. She tells her descamisados that Colombians paint themselves blue for a couple of months every year and it’d get debated in Porteño coffee houses the next morning.

And as for the thought of Argentina being some paragon of statistical collection….ahhh, just wonderful.
Avoid sillycountries.