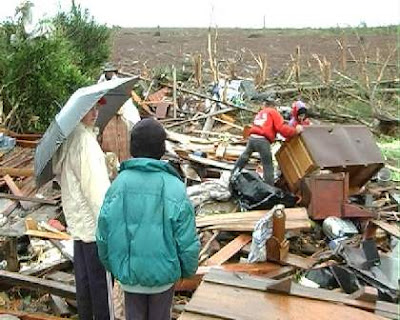 Back at the time of the Malvinas/Falklands war, the military dictatorship in power in Argentina famously organized a “donate for the war effort” campaign. Old ladies innocently sent in their jewelry and cash by the bucketful and millions upon millions of dollars worth of items were collected under the whipped-up jingoistic fervour……and never seen again. They certainly never got as far as the undernourished, underequipped and innocent lambs sent to the slaughter by the scumbags in power and most believe it all ended up in the back pockets of the military generals and then whisked offshore before their time was up. 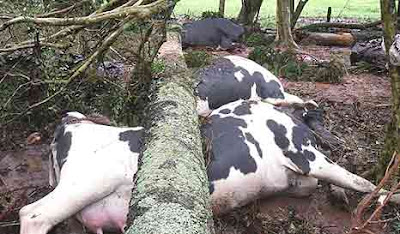 The memory of that story came back today. In this post on September 8th, we reported on the devastation wreaked by a tornado in the poverty stricken northern region of Misiones Argentina. The town of San Pedro was ripped apart (see photos in this post), eleven people died and there were hundreds of injuries, light to serious, among the population. 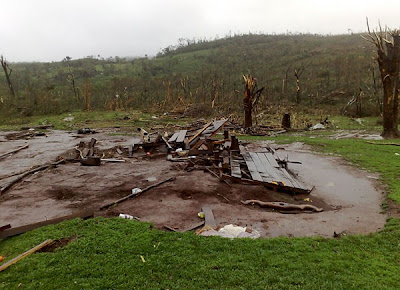 Sure enough, the Klishtina gov’t organized an emergency fund. Sure enough, the generous spirit of solidarity that exists among the people of Argentina kicked in and some $600,000 was raised.
Here we are one month later and the governor of San Pedro reports that the sum total of 70 bundles of clothes and one television is all they’ve seen in the way of aid. So once again we have to ask the people that run Argentina, “Where has all the money gone you lying, thieving, corrupt, self-serving pieces of shit?“. 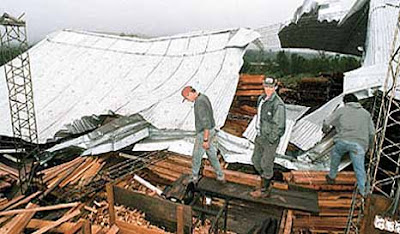 Argentina is not a serious country.