Argentina : The Peso is running again

Less than 12 hours after Argentina announced its U$50Bn rescue package deal with the IMF, the Argentine Peso (ARS) breaks through the 25:1 barrier with the dollar set as a “None Shall Pass” ceiling its Central Bank. 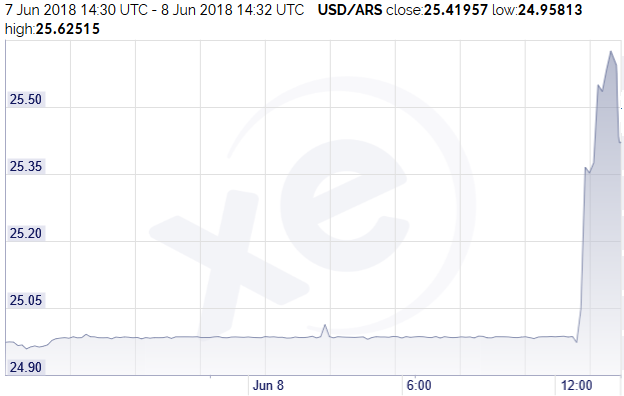 The deal is a direct return to the 1990’s, it’s incredible to watch as both the IMF and this most FUBAR of all countries willing go down the same road to disaster again. However the forex market isn’t as stupid as this match made in hell and you can guarantee they’ll be praying for more Central Bank intervention that tries to stop the forex rot; it’s akin to giving away free dollars.