This one isn’t for everyone. Knowledge of Spanish and of Argentina both vital here, but it’s too good to miss this week. 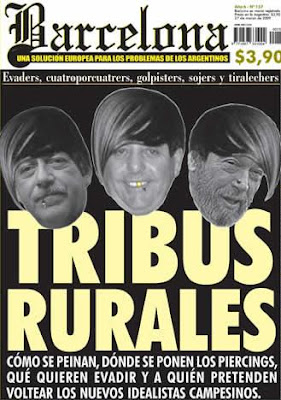 ‘Revista Barcelona’ is the Argentine version of maybe The Onion in the States or maybe Private Eye for you UK viewers. But it’s different to both, too. What it does have in common is sharp satirical humour aimed at its local politicos. This is the cover of this week’s issue that hits the Argentine newsstands tomorrow and features the leaders of the farmers associations mashed with local youth culture fashion. As long as you know what you’re looking at, it’s hilarious.

UPDATE: More Argentine visual humour tonight, but from a different source. The website of the Kirchner’s FpV party was hacked and images and messages left behind, including this one. 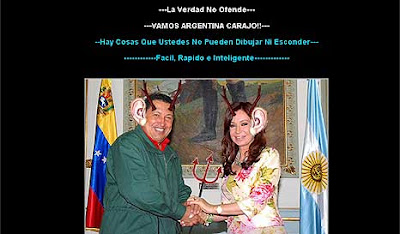 Again Spanish is needed, but this time the picture speaks for itself. This one is of ‘Patota’ Moreno, loyal Kirchnerite and head of the ridiculed Argentine Stats office INDEC that insists Argentina’s GDP is growing and there’s no inflation. 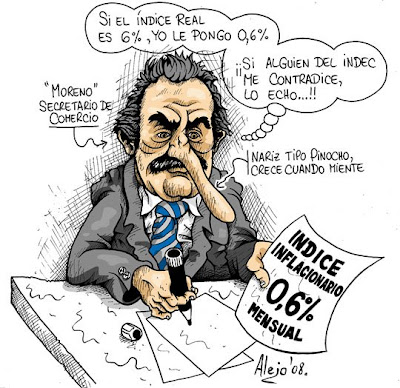