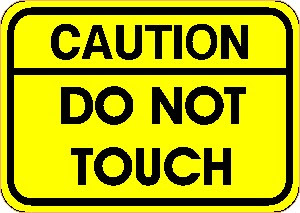 On more than one occasion over the last few months your humble correspondent has received mails from readers wanting an opinion on Ascot Mining (AM3 in Germany, ASMP in London UK). The first time I scanned it quickly and said “looks iffy” to a UK reader. Then a few weeks later a regular German reader/friend wanted to know more so I spent a couple of hours on it, wrote back with “UUUUGGHH! NOOOO! NEVER!” (with a couple of paragraphs to back that up) and since then the half-dozen or so other mailers have had their mails replied very quickly.

So today Charles Wyatt at minesite has run his ruler across said miner and written the article below. Just for a change I’m going to paste out a whole article because

1) it’s worth reading and I agree with every word
2) minesite is a free subscription service and reading the smarts on offer may give you enough reason to join up. It’s 100% free to join (easy to join, too) and well worth the couple of minute’s effort it will take you, rest assured.

Ever heard of Ascot Mining? It’s a minimalist gold exploration company listed on London’s PLUS market. Over the weekend, and just when the gold price had had a busy week, the Financial Times Money Report chose to mention it. Not often the Pinker than Pink ‘Un mentions a small gold company, so old Minews thought he ought to give it the once-over.

Apparently Ascot Mining is going to start producing gold from some projects in Costa Rica in the indeterminate future. The following statement is taken direct from the company’s interim report to end March, which was published this summer. “Ascot Mining PLC is developing and rehabilitating previously producing gold mines in Costa Rica. It is close to producing gold at its three wholly owned subsidiaries, when they will generate substantial early cash flow.”

These are then listed as Vertias Gold, Veritas Mining, and Veritas Resources, containing respectively, amongst other properties, the Chassoul gold mine, the Tres Hermanos project, and the La Toyota Mine joint venture. The statement continues: “The board of Ascot prides itself on its prudent use of funds. However, last year, the company, along with the rest of the mining sector, was hit by steep rises in raw materials, fuel and other costs that far exceeded initial projections requiring additional funding to be raised. The company is now well positioned to speed up the move to Ascot becoming a gold producer with a significant cash flow.”

Mr David B Jackson, the chief executive, who claims to have had five years experience as a senior officer and director of two gold and base Metals Exploration companies which are unnamed, then goes on to give an update on operations. “The development of the Chassoul mine”, he says, “is significantly advanced and the company is currently developing sufficient tonnage of ore ahead of production. Once the mill circuit has been balanced, daily gold production is estimated at between 25 to 30 oz per day. Independent assays have officially certified results of up to 106.75 grams of gold or 3.43 oz per ton, which are in the upper levels of the expected range.” Phew!!!!!!

Mr Jackson goes on, “The contract for lining the tailings pond has been negotiated. Once the liner is installed and the refurbished crusher is delivered to the site the mill will be fully operational. Meanwhile Tres Hermanos, El Recio and the nearby Boston concession consist of a series of mines with tremendous scope to significantly increase the already known resources. Records suggest an average mining grade of 0.3 to 1.00 oz/ton can be expected, plus bonanza type chutes with far higher grades that are well documented locally. Gold production is planned to begin in 2009 at 30 to 35 oz daily based on the mill handling 50 tonnes per day. Power is available from a nearby existing hydroelectric power line. The Costa Rican Government’s mining department has Ascot’s proposal whereby tailings will be neutralized and pumped underground. This technique is environmentally beneficial, as it will stabilize former underground workings, and it is also cost effective. Production will be boosted by development of the nearby El Recio concession which is a near-surface resource of 22,500 ounces of gold with an estimated value of US$18,000,000 (at US$800/oz). Detailed satellite imaging is currently being interpreted by the company’s consultants to identify further drill targets. A drilling program is planned to locate other as yet undiscovered gold veins and expand the known resources.”

That is enough for one day. You get the picture. Ascot Mining has gold projects far away in Costa Rica which it hopes to bring into production one day. No proper resource estimate: no feasibility study. The report does not reflect the plans of an experienced mine developer despite the fact that Ascot names a full cricket team of directors, executives and advisers. No details are given on any bar Mr Jackson , but Dr Michael Green who came on board as a non-exec last September was “a mining analyst for leading stockbrokers” at one time.

This is a company which is now proposing to sell gold to punters at a 20 per cent discount to the current price. Sounds good, doesn’t it? The catch is that this gold will not be delivered for at least a year, or never, if the mines do not come into production at a rate sufficient to meet the demand from these forward sales. They are limited to 7,000 ounces, and so far 1,596 ounces appears to have been sold to raise a total of US$1,083,656. On this basis the average price has been US$679.98 per ounce which, it has to be said, looks temptingly attractive with gold trying to break through US$1,000 per ounce.

Ask any experienced mining man, however, and you will find out just how difficult it is to bring a gold mine into production. Shareholders would want to see production running at at least 21,000 ounces per year if they are going to have to sell one third of production at this low price. So what happens if there is simply not sufficient gold being produced in a year to 18 months time to meet these forward sales? Even banks run into this problem with hedging programmes, but they then go for the assets of the company concerned to make sure they are not out of pocket. An individual can hardly do this, and anyway will have no charge over Ascot’s assets.

The other way to look at it, of course, is to consider where the price of gold may be in 18 months time. Sure, it could be at US$2,000 per ounce, but what if the dollar is strong again and interest rates are rising? Then it could be just US$680 per ounce, in line with a forecast made by one of the LBMA gold analysts at the beginning of this year. Then all that will happen is that the money, and Ascot Mining specifies a minimum purchase of 10 ounces which is around US$10,000, will have been lent to the company for nothing for that period.

It’s all best left alone is the answer, or as Leslie Parker the doyen of all the one-time mining editors at the Financial Times would have said: “Do not touch it with a barge pole.” In his time, moreover, the FT would not have given such a scheme the benefit of any publicity, but times have changed. None of the contact telephone numbers given for the company were answered by Mr Jackson or anyone else.