Axis of Evo confirmed! Bolivia about to nuke YOUR CHILDREN! via Iran 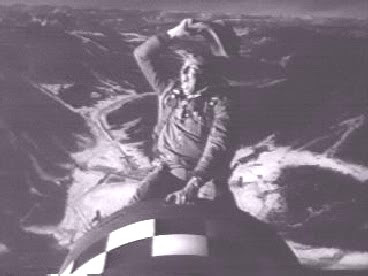 We’re all dead, we’re all dead
Spud, Trainspotting, 1996
At last we can all relax, pull up a chair and watch as the invasion of South America in the name of Freedom™ moves from mere planning into full scale build-up and FoxNewsMiamiHerald jingo time (not just the boring old “hypothetical scenarios” that the US Military has been musing and mumbling about it).

Today Disassociated Press blows the lid off the commies super sneaky secret plan by reporting (and follow the bouncing ball carefully, dudettes and dudes) on the secret documents obtained by Israel that state that Venezuela AND Bolivia are supplying Uranium to Iran so they can make nuclear weapons and blow up Jerusalem… I think. They also manage to mix in how there are Hezbollah cells “in Latin America” (actually suspected cells in East Paraguay, but hey….no ruining this story, eh?) and how Hugo Chávez has some sort of special power to give out visas that allow Iranians to travel freely through all 11 sovereign states of South America…in the name of freedom.

Of course it doesn’t occur to anyone to worry about the shitload of yellowcake that Russia exports to Iran, cos loading 10kg or so on a plane from Caracas makes for a better story and the damning proof that Evo is about to eat YOUR CHILDREN is contained in the blockbuster revelation that, “…recent collaboration with Iran in strategic minerals has generated speculation that Venezuela could mine uranium for Iran…”.

No arguing with that one, eh? After all, Iraq…WMDs…you know the score, people. So welcome, officers and troops of the US Army. We’ll be so glad to see you down here and be cheering you on as you secure the world’s largest oil rese….oops…NOOO!!, nothing to do with it!!….as you secure South America FOR FREEDOM™ and help us all be FREE™.