This newsflash comes to you by translating this report from Noticias Argentinas:

Entre Rios: Man Dies After Having Sex With Pig

Body found in pigsty. Pig found alongside the naked man

A 47 year old man was found dead inside a pig sty in the Entre Rios province locality of Victoria, and police are investigating if the death occurred during a case of zoophilia.

The man, named Maximo, was found dead yesterday at around 6:30pm at the Grosso farm, located close to the local branch of the Farmer’s Society, according to media and police sources.

The body was found inside a pig sty where there was only one female pig.

Also, a few metres from the body a condom containing semen was found, according to reports.

Initial investigations suggest that the man, who lived at the farm, died of a heart attack while having sexual intercourse.

The body was taken for autopsy to confirm that it had not been subjected to any sort of violence and whether the man had taken any pills to stimulate virility.

UPDATE: First two suggestions are in. First from SB for all you film buffs:

And the whole time he was yelling, “Squeal like a pig! I said squeal!”

Now from MP, with a subtle mining take on it:

Why am I not surprised that the alleged act took place at the “Grosso” farm? 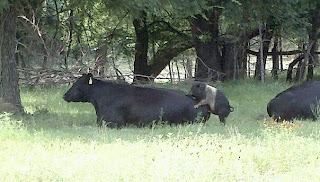 Sounds like a hambush to me
But the best (so far at least) comes from the slection in the comments section below and done by that literary genius (and published author, which is an unfair advantage methinks) Richard G of Mexfiles:
A sow. He came. He conked.