Bagua is a bloodbath 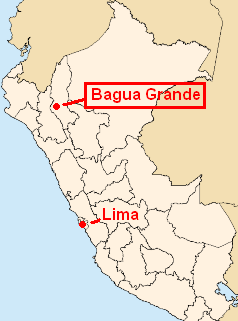 This story is now massive. Here are some of the latest reports (it’s difficult to work out what is and isn’t confirmed right now, so don’t take the below as total gospel): 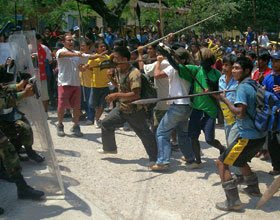 All channels and all news media in Peru are one story only. 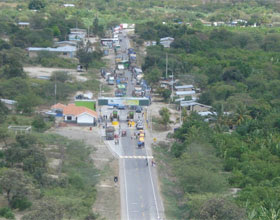 UPDATE 2: Apparently most if not all the police deaths happened when a police helicopter crashed, killing its occupants. The unconfirmed story has the heliopter overflying protestors who fired on the aircraft, bringing it down. Also, one of the dead civilians is Alberto Mauin, internationally garlanded pacifist, über-respected indigenous leader and personal friend of Queen Sofia of Spain.