Bill Murphy of GATA has a nasty case of amnesia 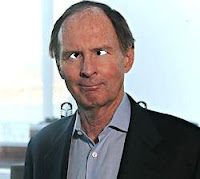 Bill Murphy, a man best known for his university
degree in hotel administration
I am reliably informed that Bill Murphy of GATA ‘fame’ has just written to his shee.. SORRY!… his subscribers today and informed them that…

But wait up! Isn’t this is the very same Bill Murphy of the very same GATA that wrote on February 25th , 2009 about the company called ECU Silver (ECU.to) and stated clearly that:

So let’s just check on ECU.to and see how close it is to that magical $3 barrier:

Hmmmm…does the phrase “EPIC FAIL” mean anything to you?

Clearly, Bill has not suddenly turned into a twisted, scheming, lying and manipulative moneygrabber (nay nay, perish the thought) but has simply suffered from a bit of memory lapse. So therefore, IKN takes it upon itself to do the right thing and inform Bill Murphy of GATA about his piece of harmless forgetfulness. All you need to do is pass this post on to Mr. Murphy and I’m quite sure he’ll send out another mail to GATA-types where he offers to stand good on his own word of honour and drop the price by a c-note rather than raise it.