Bolivia and the slaves of Santa Cruz: Anyone got an Italian phrasebook handy? 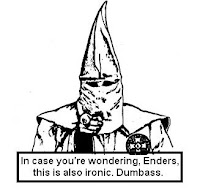 Outrage at ‘slavery’ in Bolivia

A senior UN official recently described as “unacceptable” the alleged forced labour of indigenous people by landowners in Bolivia. The BBC’s Andres Schipani reports on the contentious issue of “slavery” from the eastern province of Santa Cruz.

The 65-year-old grandmother knows little of other people’s lives but she knows her own has been harsh: toiling in fields for a pittance, sleeping in a mud hut, losing sight in one eye and losing five of seven children to disease.

There is no cash in the pockets of her ragged skirt, nor, she says, does she feel free to leave the vast farm where she has worked hard all her life.

“All my life I’ve been here and at the end of it I have nothing and have nowhere else to go,” she says.

Her hamlet of 13 Guarani families – all workers on the plantations near the town of Camiri in Alto Parapeti region in the eastern province of Santa Cruz – built a school but ranchers destroyed it, she says

“They didn’t want us to learn, they want things to be like they always have been,” Teresa’s granddaughter, Deisy, says.

Beside the ruins is the replacement school – five desks beneath a blue tarpaulin draped from an algarroba tree.

Over the past two years, Bolivia’s government and several indigenous groups, have been giving a controversial name to Teresa’s type of existence – slavery.