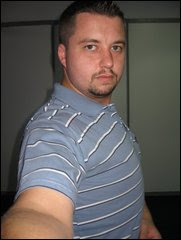 The pride of Ireland
Hey, remember back a year or so ago when US-sponsored far-right wing racists tried to start a civil war in Bolivia? Yeah, seems so long ago now, what with this habit of winners being able to write history books and losers (i.e. you guys up North) preferring to forget about their humiliating failures.

So anyway, another key player in the Santa Cruz illegality was finally tracked down and apprehended in La Paz. Here’s the Erbol newswire (translated) with the story:

La Paz, July 22 (Erbol): Juan Kudelca Zalles, ex-right hand man of Branco Marinkovic, fue arrest on Thursday in La Paz due to his alleged connections with the terrorist group led by Eduardo Rósza Flores that was broken up on April 16th 2009 in Santa Cruz.

“Indeed Mr. Kudelca has been detained and in the next few hours will be presented to the judiciary as well as the elements or evidence that connects him (to the terrorist group) in a preliminary hearing” said the case procurator, Marcelo Soza in a brief press conference in La Paz.

In a previous declaration to authorities and media, Kudelca revealed that his ex boss Marinkovic used him to deliver money to Eduardo Rózsa in sealed envelopes.

“I took Branko Marinkovic’s money to La Torre. On one of those occasions, Rolando Justiniano asked me to take the money to a journalist, Germán (….) who was in fact Rózsa. At that time I was not aware of this. I saw the man twice”, said Kudelca in a previous declaration.

According the the government, the elite group named La Torre was created by the Santa Cruz prefecture during the first mandate period of prefect Rubén Costas and collected at least U$40m for its plan for autonomy, of which U$6m were apparently diverted to sustained the foreign mercenaries headed up by Rózsa.

But the now dead Michael Dwyer said they were just doing “a bit o’ dis, a bit ‘o dat“. At the time you believed him, too (and I have the hatemail to prove “dat” one).