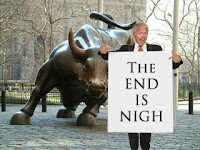 Amongst all the usual morning financial newsflow down here today one story is getting put head and shoulders above the rest headlines-wise. Brazil’s unemployment rate has shot up from 6.8% at end December to 8.2% at end January 2009.

Here’s the Bloomberg version of events in English, and oh my how breathless it is, telling the world how it’s “the biggest jump in seven years” (help!) how “Brazilian companies are slashing output” (HELP!), how the “crisis chokes demand and commodity prices plummet” (HELP!!!!).

Argentina is trying its dose of Shadenwhatnot, too. Clarin for example reports that qualified technicians are very much included in this round of redundancies, with the 4,000 layoffs at Embraer yesterday (not included in the January figures, of course) a typical example.

OK, cut the crap here. I may not know Brazil as well as guestblogger Lime Slime, but I know when I’m being fed a ton of statistical BS. Look at this chart, please.

Oh look! (part one): Unemployment is way down in the last 18 months. Yep, we’re a long way from those 9% and 10% numbers, aren’t we? And if you bother to look back further, Brazil’s headline PME unemployment rate was still topping 13% as late as 2004.

Oh look! (part two): Unemployment always drops in December and climbs sharply in January. If you bother to think about it for more than a second, it does make sense. There’s something called “summer” this time of the year down this way, which can involve things like “vacation” and “factory closedown” and “black market job selling corn on the cob or shrimp kebabs on a sunny beach”. It also implies, “That temporary Christmas job is open for you next year. Thanks for doing a good job as usual, Joachim.”

Etc etc. I’m not saying that Brazil has miraculously escaped the world recessionary pressures. I am saying that the prophets of doom, as usual, will find enough information to spin their ‘end of humanity as we know it’ stories. Be careful out there and use your own brain, as the media still has this habit of lying through its teeth at you.