Rubicon Minerals (RMX.T, RBY.NYSE) got hammered this week
after, 1) announcing milling operations had been temporarily suspended by the
Ministry of Environment and Climate due to elevated ammonia being discharged
into the tailings pond; and, 2) its President and CEO, Michael Lalonde, bailed.
The share price dropped from ~C$1.00, to close at C$0.68 on Friday (Fig. 3). Of
note is that, 1) SRK (Feb 2014) recommended further test work and optimization
to keep the ammonia effluent within guidelines; and, 2) RMX failed to disclose
that it was issued a notice from the Ministry regarding ammonia discharge back
on September 8. 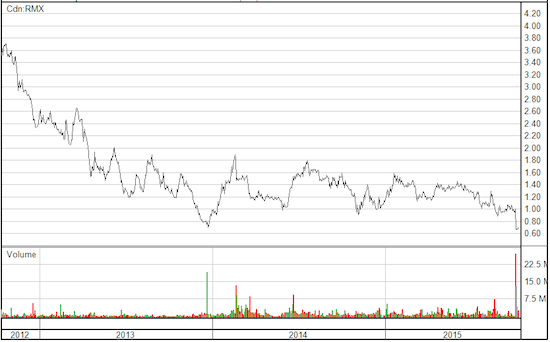 (Fig. 3: Three-year chart of RMX. Not a pretty picture for one of Canada’s
favorite mining stories)
Prior to this week’s news nine sell-side analysts and two
newsletters recommended the stock, with target prices between C$1.20 and
C$2.00. With the drop in share price we have received a number of queries from
subscribers, and someone’s mom, wondering if the current RMX share price
represents a buying opportunity.
In short, I ain’t touching it
In long, I have reviewed Rubicon’s Phoenix gold deposit in
the Red Lake District, Ontario a few times but was never comfortable with the
resource estimate or some of the assumptions of the preliminary economic
analysis (PEA) authored by SRK. For today’s discussion I also owe some thanks
to a few shall-remain-anonymous, but top, analysts and geologists and Tim
Oliver who all opined on Rubicon’s issues over the week.
Although the Phoenix deposit occurs in the Red Lake District
proper, the alteration and structural setting is considerably less developed
than the very high grade Red Lake deposit owned by Goldcorp (current P&P
2mil oz @ 10g/t Au, M&I 2.3mil oz @ 17g/t Au, including a high grade core
of over 60g/t Au). There is little comparison between the two with regards to
the intensity of mineralization.
Phoenix is not a simple high-grade deposit. Pulling from the
SRK 2014 PEA, “The current mining plan envisions a complex deposit that is
relatively discontinuous, somewhat disseminated in nature, has weak visual
indicators, and a strong nugget factor.” The direct implication of this on
mining is that miners cannot visually differentiate between ore and waste (it’s
all black and grey rock), and they cannot even follow a structure, as the
mineralization comes and goes over very short distances. The PEA goes on to
state that (Fig. 4): 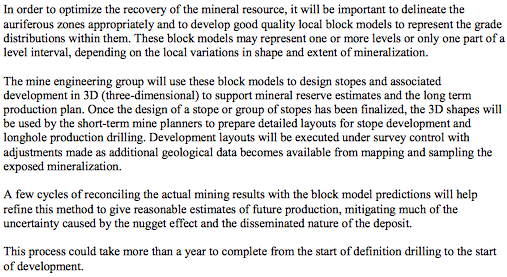 (Fig. 4: Pg. 94, SRK PEA notes that until a year of test
mining is complete and reconciled to the resource estimate, they have no
reasonable clue what future production will be—not terribly reassuring.)
SRK also points out that to successfully mine the deposit
will require a high level of geological effort to understand the mineralization
trends over very short distances. “This complex deposit will challenge the mine
engineers to develop and employ a comprehensive ‘tool box’ of mining solutions.
This will require the employment of multiple mining methods and variations on
those mining methods to deal with the situations where the mineralization is
not continuous to the next level and has an irregular geometry.” Meaning, this
is going to be a real bitch to mine.
Resource
The company has produced three resource estimates since
2010. The first, by Peter George of Barkerville fame (see EI Feb. 20, 2011 and
EI Aug. 19, 2012), estimated an inferred 4 million ounces grading 20 grams per
tonne gold plus a “total geologic potential” of 13.3 to 16.1 million ounces
grading 24.4 to 26.8 grams per tonne gold (we’ll call this the Tea Party
estimation methodology). AMC produced a revised and improved estimate in 2011
of an indicated 0.5 million ounces grading 14.5 grams per tonne gold, plus an
inferred 2.3 million ounces grading 17 grams per tonne gold. In 2013 SRK estimated
an indicated 1.1 million ounces grading 8.5 grams per tonne gold, plus an
inferred 2.2 million ounces grading 9.3 grams per tonne gold. The SRK estimate
was really not much different from the AMC, but appears more conservative due
to changes in the cutoff grade, etc. All the reports are severely lacking in
critical information necessary to completely evaluate the estimates (e.g.,
coordinates, from-to intervals, sections, and surveys).
With that caveat out of the way and using the data at hand,
it appears that the two most recent estimates have blown high-grade assays into
low or zero grade blocks—meaning they put ore where there is none. The 1-meter
composited histogram (Fig. 5 below) is very scary. Consider: the cutoff grade
is 5 g/t and average grade ~10 g/t, yet ~40% of the composites are 0 grade, and
less than 1% are greater than 10 g/t. The entire resource is being carried by a
very few high-grade assays.
Additionally, drilling focused on higher-grade zones, so it
is probably more extreme than shown below. For the geo-statisticians in the
crowd, there are 56 ore domains modeled, and the coefficient of variation (CV)
runs between 11.8 and 59—these are very high, unusual numbers– which means the
estimation methodology needs very tight geological control (which it doesn’t
seem to have). 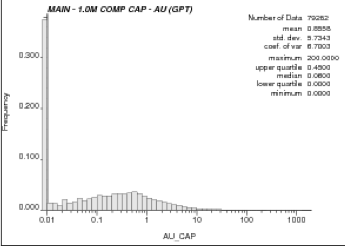 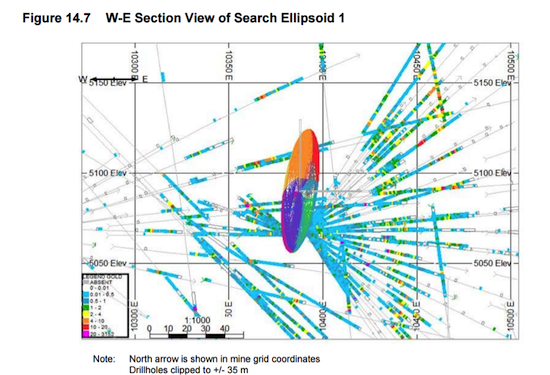 (Fig. 6: Cross section showing drill holes and individual assays. Note scale.)
At a mine cutoff grade of 4 grams per tonne gold (they are
using 5g/t now), the only ore intervals are colored orange, red, and pink. Even
at this map scale, it is virtually impossible to connect the orange or better
intersections, and my bet is that the final diluted grade delivered to the mill
will be substantially lower than predicted. The company was running a trial
stope mining program to reconcile results against the resource estimate. The
trial stope mining has been delayed by two to four weeks because of the mill
shutdown. It will probably be mid-2016 before we have any sense of how the
mined deposit reconciles with the modeled deposit.
Costs and Valuation
The SRK 2014 PEA estimates underground mine costs will be
C$89.60/tonne, process costs of C$28.12/tonne, and G&A of $32.22/tonne, for
a total on-site operating cost per tonne milled of C$149.94.
I don’t buy it.
Goldcorp reports mining costs of C$233.36/tonne and process
costs of C$47.37/tonne from its nearby Red Lake deposit. Red Lake has been
operating for over a decade, is a somewhat simpler deposit, and has a skilled
workforce that knows the deposit well. Rubicon is starting from ground zero on
a PEA-level study, and has not even determined what mining method will work
best on this complex deposit.
The 2014 PEA estimates a base case ($1,385 gold at a
C$1/US$1.05 exchange rate) post-tax NPV5% of C$531 million and IRR of 27%. At a
$1,108 gold price, the NPV drops to C$206 million. Rubicon states the PEA is
conservative, as it employs a low diluted grade, low sustaining capex, and low
recovery, plus a high C$ exchange rate; and therefore the project is deemed
“low risk”. Rubicon has sunk in excess of C$600 million into the deposit, has a
market cap of ~C$270 million, and ~C$59 million in debt.
Summary
If the resource is wrong and the costs wrong, then the
valuation presented in the PEA must be wrong. Cash flow problems, debt
problems, and production problems on a deposit of dubious resources,
questionable costs, plus a new guy in charge don’t add up to a screaming buy.
Someone’s mom is going to be very disappointed as this slow motion calamity
unfolds—or maybe it all works out just fine. (-: