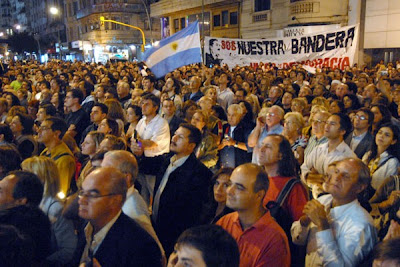 Of all the tributes last night from all the talkinghead people, one (and I can’t remember who it was or where I read it) stood head and shoulders above the others.

It said that the ultimate ambition for any Argentine President is to be able to walk down the street safely once their term is over. Alfonsín was the only one who could do that.

UPDATE: Thanks to this well written (as usual) obit at MexFiles that picked up on the same quote, my memory is jogged. It was Zaffaroni who said it last year.

UPDATE 2: This photo shows the number of people lining up outside Congress (where Alfonsín’s mortal remains are laying in state) to file past and pay their respects. With the emphasis on ‘respect’. 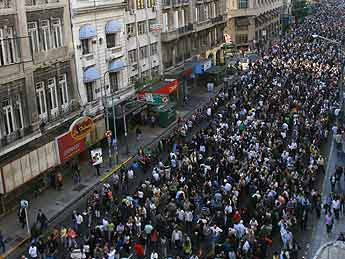