Capstone Mining’s (CS.to) Darren “Drop The” Pylot comes out swinging this morning with two NRs as he packs his bags for a nice bit of skiing serious business at the Whistler conference. The one we care about is the 2016 guidance and five year plan because it has this chart to cover FY16…

That C1 is an average of 5c lower than the 2016 number, which means the same thing about prices and things, with copper where it is today CS.to has basically said “we make no money at all this year”. Then with production set to drop back in the years after that (the Minto bonanza grade only lasts for so long) they’re going to need copper prices to rise fast because on January 16th 2019, i.e. three years from now, they get to pay back $328m in secured debt…or else. That’s because “fully-loaded all-in cost” sure sounds comprehensive, but it doesn’t include business and social niceties such as payback of capital.
Let’s assume the top end of production for 2017 and 2018, 85k tonnes of copper. That’s 187.4m Lbs of the stuff per year, so let’s round it and be generous and say 375m lbs over the two years before that secured revolver is due. That means CS.to has to make 87.5c/lb clear profit on its copper production in those two years.
Oh dear. 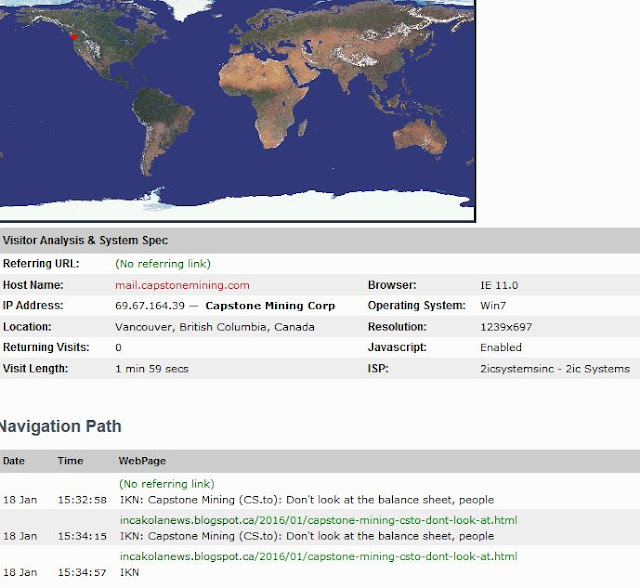