Cesar Acuña: The fall of a sociopath

What If I told you: 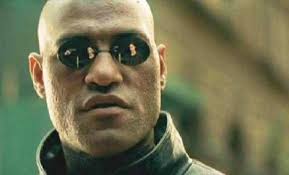 That man is César Acuña.
Sorry people, you up there don’t have the monopoly on weird-ass election candidates, the 2016 Peru Presidential election is almost as much fun. The fall of César Acuña, up to this year one of Peru’s apparent “success story” businesspeople, has been the classic cliché witnessing of the slow motion car wreck, the man’s reputation is in ruins. And despite overwhelming evidence of his academic cheating he simply denies it all, for example the lifting of six pages of somebody else’s work in his Master’s thesis without any footnoting, credit or acknowledgement was called “an error, not plagiarism”. Yesterday his deputy Vice-Presidential candidate resigned from the party ticket and the the Peruvian Electoral Ethics Committee described him as “unfit for office”.
The good news in all this is that the Peruvian citizenry are not stupid and his voter intention has dropped off a cliff, from 15% and 12% to 6% as per last weekend. As for who will make the second round run-off, it’s looking more and more like Keiko Fujimori versus the surprise outsider Julio Guzmán, who got the green light to remain in the race yesterday from the Peru election people after some iffy 2015 part paperwork was cleared up.