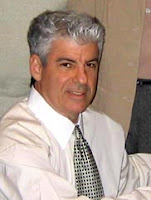 Get a haircut, scruffy
After the bell yesterday we had this press release from Chariot Resources (CHD.to) (owners of the advanced exploration-stage Marcona copper project on the coast of Peru next to the big Shougang ironworks) that stated the company was adopting a shareholder rights plan. Pretty standard stuff for two reasons:

1) The plan is designed to protect sharehodler in the event of a takeover bid by some third party.

2) It’s an easy way to get a company a bit of publicity and start people thinking about possible takeovers.

The “we have adopted a rights plan” PR is trotted out by junior mining companies all over the place so this one from CHD.to, being of the totally standard cookiecutter variety, would normally have passed through my eyes and out the back of my head without registering much. After all, I don’t hold the stock (though I know a guy who does and that’s the disclosure, so DYODD dude).

But it reminded me about a rumour I heard a few weeks ago about the normally gold-only California scientology promo tagteam (and that’s putting it as nicely as I possibly can) of Ken Gerbino and Michael Baybak. The ottobird heard some word from a normally solid and reliable source that Baybak was suddenly very interested in the Marcona district of Peru. This was kind of strange because, as noted above, these dudes have only really ever operated in the world of gold miners (as Mark Twain would have note, gold mines suit them perfectly). Because it wasn’t “their metal” I kind of forgot about it after a time, though it was interesting for sure.

So maybe Baybak has his sights set on Shougang’s overly cheap neighbour CHD.to, the one with a whole heap of copper? Maybe, and maybe CHD.to has got wind of whispers of the type that passed this desk back in January (I think it was). Be clear, this post is based strictly on unconfirmable rumour and should be taken as such…just passing on a bit of gossip.

DYODD, dudettes and dudes, but FWIW I do think Chariot is a smartly-run company with a very nice and undervalued copper asset. If Cu goes above $2/lb it will suddenly become an object of conversation in polite circles again. That’s solid opinion, not scuttlebutt. I’ll leave you with the CHD.to 12 month price chart; just another story of junior copper ouchness. 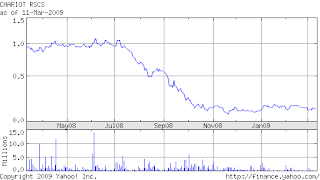