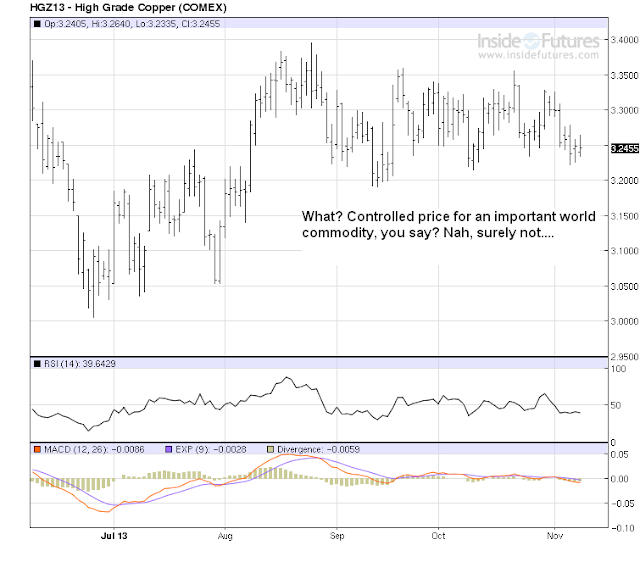 We do so in order to tip our collective hat and acknowledge the week’s most interesting fundies news for metals, as reported here by Reuters. Here are the first 330 characters of the note (we offer more than Twitter ever could), click through for the rest:

(Reuters) – The London Metal Exchange, aiming to appease critics of its global storage network, on Thursday slashed queues for metal, beefed up its powers to act against market abuse and will review its agreement with warehouse owners.

The world’s largest and oldest metals marketplace is under intense regulatory and legal pressure over its storage system, with complaints about queues of more than a year and large surcharges to withdraw material from its warehouses.