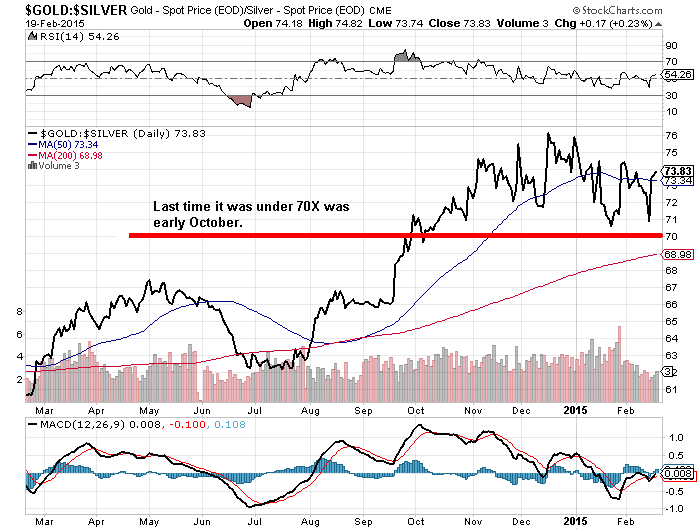 As noted during the prediction for 2015 that the GSR isn’t going under 70X this year, silver isn’t “the poor man’s gold”, it’s “the choice that poor people make”.

We should be talking about the chances this ratio has of hitting 100X.


UPDATE: Regular mailer and always quippy ‘MP’ chimes in with…