…the five minute chart of the US Dollar: 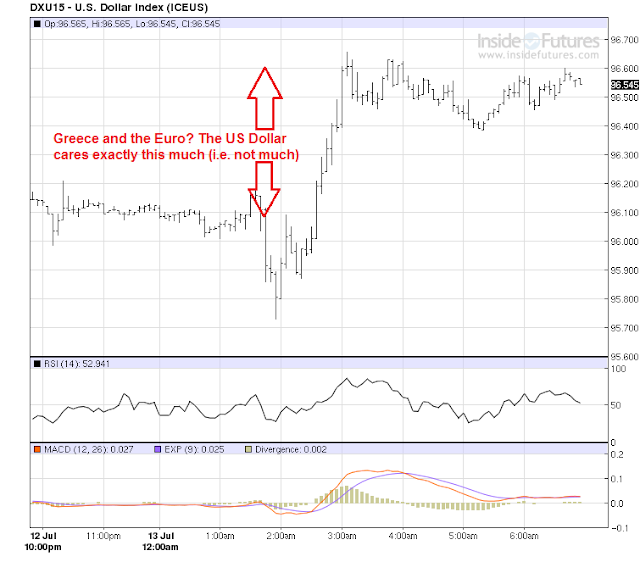 We repeat: The whole Greece thing is a political crisis, it’s not a financial crisis (unless you’re one of the 11 million people living in Greece, of course). It won’t be one until the Eurozone unravels, which has been delayed a little by last night’s eurofudge and German browbeating (nice to see they haven’t lost that particular cultural trait). But back to the almighty dollar, which cares far more about a 1% move on the Shanghai exchange than it does about the locks on the doors of the banks in Athens. A half-penny move on the news that Greeks will get a few more days to empty their bank accounts of cash? Yup, sounds about right, a minor event.
To wrap up, Alex Tsipras is a coward. Both he and his milquetoast “agreement” should be thrown out by the Greek parliament. Pathetic, spineless politicos aren’t confined to The Americas.