…copper, last week and a half: 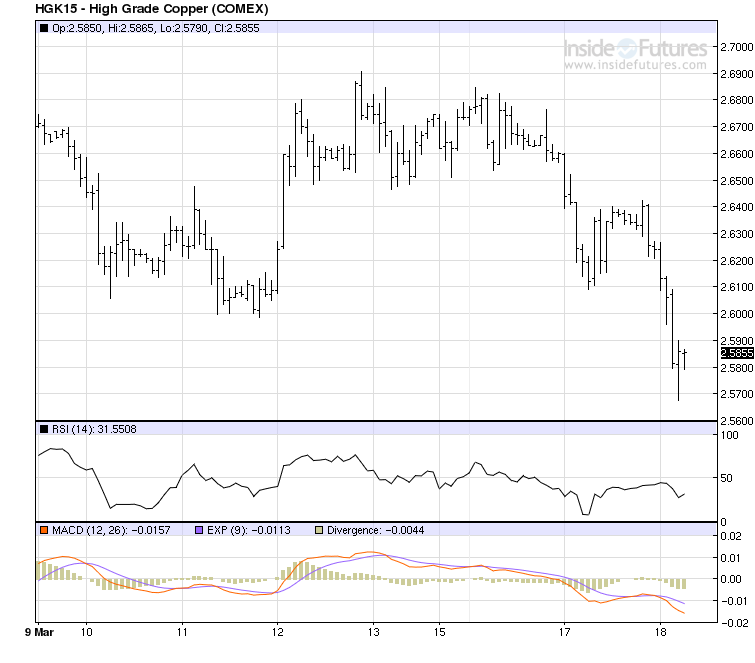 Copper went under $2.60/lb this morning, first time it’s done that since late February. That’s a line in the sand breached, we now watch to see if it becomes important.
Though of course important is relative. It’s probably not going to become as important as the Bible and its effect on modern humanity, for example. Or the diplomatic and political repercussions of the USA’s decision to drop two atomic bombs on mainland Japan in 1945. Or Mahatma Ghandi’s influence on the 20th century in India and  beyond. We’re talking the market price of a metal, after all. So, context.