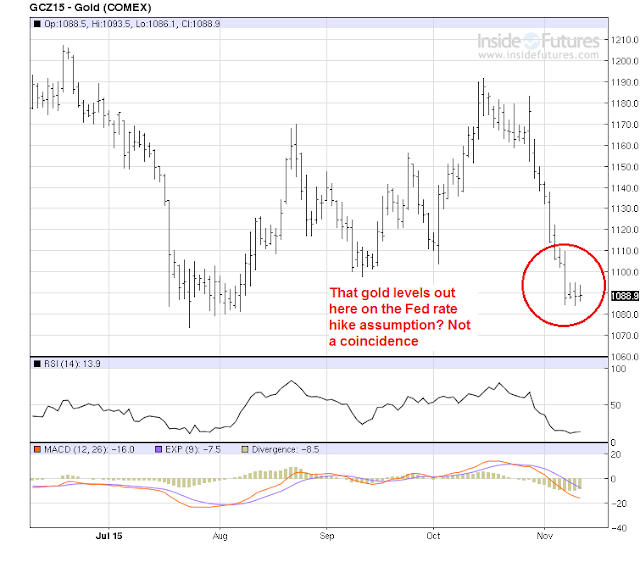 Here’s the deal: This morning I read some utterly forgettable op-ed on gold’s future bieng unceratin due to the Fed rate decision coming up (not even bothering to link it, daft stuff) and I’m all “WTF?”.
Now gold could spike down on the merry day of the decision as the market people play their games, but it’s clear that spike would be bought immediately. The bottom line is that the gold price today is either its very bottom or just a few dollars away from its bottom. The speculative selling of last week spooked all the flotsam out (again) and those left in are the smarter holders who don’t mess their underwear at every 5% swing in a market issue, be it higher or lower.
The only surprise possible is to the upside, if Mrs Janet Fed decides not to play hike. That’d shock ’em, not the official re-start of the tightening cycle.