…copper hourlies, which fell off a small cliff this morning… 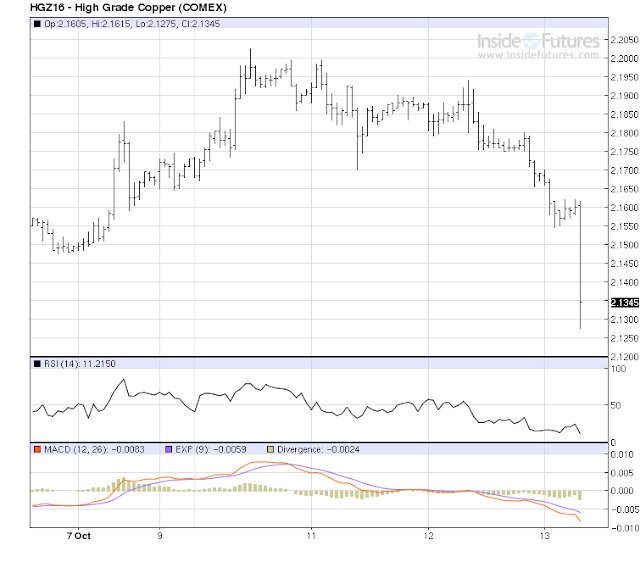 Oct 13 China’s imports of copper fell
by more than a quarter in September to the lowest in more than a
year, customs data showed on Thursday, the latest sign of waning
appetite in the world’s top commodities consumer as local
supplies remain plentiful.
Copper imports dropped by 26 percent from a year ago and 2.9
percent from month ago to 340,000 tonnes in September, data from
the General Administration of Customs showed. That’s the lowest
since at least August 2015.
Ore and concentrates shipments totaled 1.39 million tonnes,
down 4.1 percent from August and Continues here.