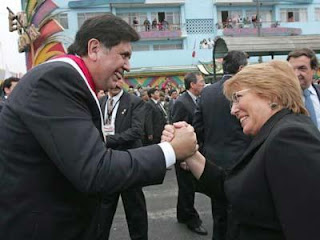 “The only good news at the moment, from the point of view of economic future is that expectations and estimates of the experts say we are going to end 2009, some say, with inflation at 2.6%. We ended ths year (2008) at 7.5%.”

So as growth was the strong point pumped by every regional government in 2005 to 2008 (“Growth!! Growth!! Look at how we’re growing and don’t worry about the inflation number, it’s not that important anyway…now vote for me, suckaz”) so the inflation rates regionwide will be the Presidential talking point of 2009 (“We have the important inflation figure under control. don’t worry about growth, that will come back quickly enough because I’m wonderful and smart and have controlled inflation…now vote for me, suckaz”).

In the words of Kurt Vonnegut, “So it goes.”.