This story is doing the rounds this morning and you’re likely to see it in several different places. You see it here now, too:

(Bloomberg) — After a hiatus of more than two years, China is adding to its gold reserves again.
The
People’s Bank of China increased holdings to 59.56 million ounces by
the end of December, or about 1,853 metric tons, from 59.24 million
ounces previously, according to data on the central bank’s website. They
had been unchanged since about 130,000 ounces were added in October
2016.

Continues here. And the chart: 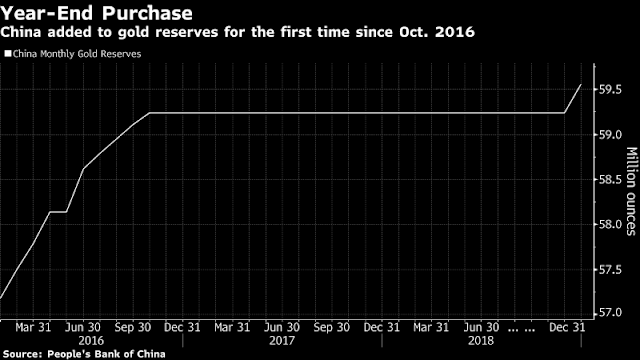