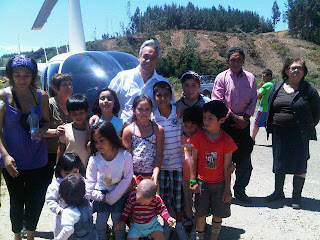 Does my chopper look fat in this?

The story: President Sebastian Piñera was flying his helicopter down to a property he owns for a few hours of R&R this weekend just gone when he noticed that he was short of fuel. So he lands the copter on the road below, says hi to the locals, phones the police to get them to bring some juice, they turn up, refuel and off he flies. Of course this brought out all the handwringers in Chile, saying that a President shouldn’t be into such high-risk activities and suchlike (apparently he likes scuba diving too). Buncha dumbasses, frankly. After all, I’d prefer a Prez that has a bit of gumption about them than the usual bunch of career politico fools that usually get the job.

Anyway, here’s a video from Chile news TV last night that has it all up close and personal. In Spanish of course, but the pictures are more than enough if you suffer a lack of Spanisheration in yer brain.