Remember that U$690m deal reached by Vale to sell a large proportion of its Voisey’s Bay cobalt to the combination of Wheaton Stuff & Things (WPM) and Cobalt27 (KBLT.v)? It’s now a year (minus two days) since that deal was announced to the world, using phraseology such as this from the CEO of KBLT.v:

“We expect a stream on this world-class, low-cost, long-life asset to be
rewarded in the market and build the foundation for a value re-rating of
our Company’s shares.”

So how’s that re-rating going?

Got a thought on that, Owly? 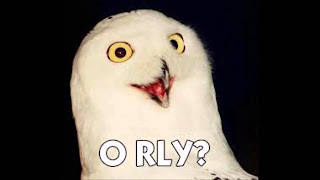 Yup, me too. Since that deal KBLT has dropped by a cool 70%, but at least KBLT has had the upfront decency to admit its FUBAR and impair its holding in the stream. Here’s a quote from its latest quarterly filings:

Impairment
Based on an updated outlook on long-term cobalt prices, the Company re-evaluated the carrying value of its stream investment. As a result of this review, the Company recorded, during the three months ended March 31, 2019, an impairment charge of $68,892,638. The recoverable amount of $235 million was determined using a discounted cash flow model in estimating the fair value.

Not so Randy Smallwood and Wheaton, which did not place any sort of impairment on its U$390m purchase that has gone so horribly wrong in the space of one year. I mean, check this five year chart and realize that cobalt was trading at U$40/lb when Randy pressed the big green button on this deal. That’s a decision which has cost the shareholders of WPM over U$90m in money-straight-down-toiletness. Smallwood will, however, collect his fat annual bonus cheque for being brilliant. 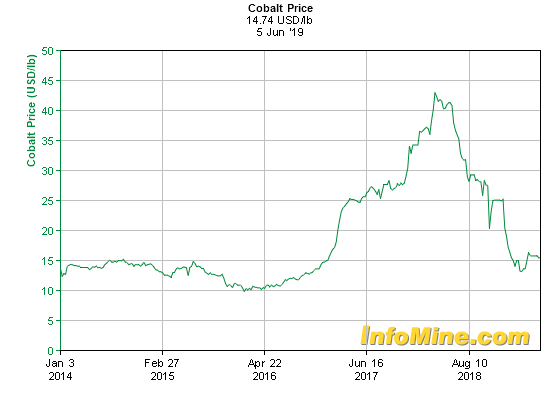