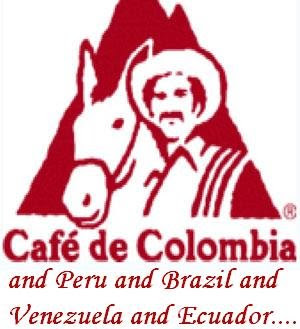 On May 27th (nearly a month ago, gawdarnit), IKN featured a post entitled “You sure that Colombian coffee is from Colombia, Señor Valdez?” which pointed out the bad harvest in Colombian coffee this year and growing trade of Colombians buying coffee from other countries and passing it off as “100% pure Colombian” to its customers (you suckaz, for example).

This week Reuters has finally caught up with this humble corner of cyberspace in a report that includes:

GROWN IN COLOMBIA?
While the shortage has been a boon for Brazil, whose beans some buyers had traditionally shunned but are now beginning to hold in higher esteem, the dearth of Colombia product has been more of a mixed blessing for other origins in the region.
Due to its quality, Colombian exporters have been paying large premiums for coffee grown on the lower slopes of the Peruvian Andes, carting it back over the border to ship it as local product, Peruvian producers say, disrupting local trade.