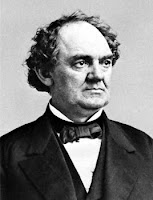 So let’s see: We’ve already been peppered by PRs from this start-up Peru alluvial sands exporation company called Constitution Mining (CMIN.ob) a company with a nice RonPaulesque ring to it, no? And now the very first drill result is back (with what?… 0.6g/t Au?..nah correction, it’s about 0.3g/t) we’re treated to a press release full of gushing and oooh wow and everything about one hole.

With 500 holes in planned to be drilled in the next 18 months, why do I get the feeling that these guys are going to become close to insufferable in the near future? Take one down and pass it around, there’s 98 bottles of beer on the waaaaaaaall.

Anyway, this is the RegF filing and it’s all you need to know about CMIN.ob for the moment.

The Company has commenced its planned exploration program, but must secure additional financing in the near future in order to be able to sustain any drilling activity or it will be forced to cease its exploration and development program

Well, the other thing you need to know is the correct moment to clean up on the short sale, but that’s for another day. Meanwhile, if you are long CMIN.ob and care enough to take issue with my stance on this obvious promopumpdog, please write to my normal address as you will receive by return of mail details of the bridge I have for sale.
Pisco sours served. The end.


UPDATE: Ohmygawd, I’ve just noticed that CMIN.ob has a market cap of U$110m! Working cap deficit of $700k plus, less than $200k at bank and plans to spend $10m in the next twelve months with U$3m to find before the end of September 2009…. Oh lordy! P.T Barnum lives! So forget about trying to time it perfectly and short this sucker now. Six months from here you win, period.