…but before it got halted, this happened: 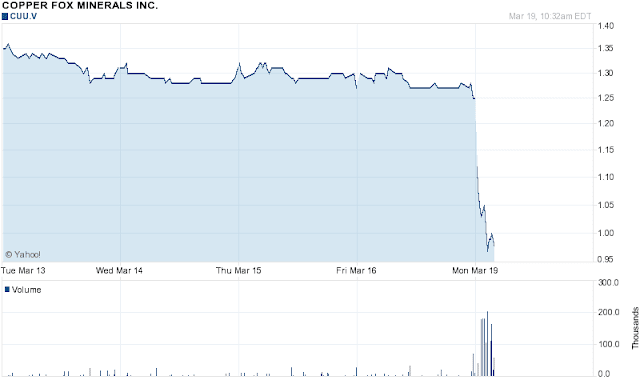 What? News leaking in a Canadian junior miner? Whatever next!?!?

But no matter what owly thinks, what Ernesto thinks is more to the point.

UPDATE: Got that title wrong, it’s one of those “halted pending company contact” things, which will probably turn out to be something like “…the company has no freakin’ idea why we’re getting slammed today..”. in a NR later. Anyway, if the news is interesting we’ll update again. If not, not.

UPDATE 2: Jeesh, what a bunch of jokers. This update out of non-official channels this morning, unfair advantage to those who read it, the dumpage, the halt and now the Canadian Regulatory suits are rolling back all morning trades due to “improper dissemination of news”. Egg, meet face. Face, this is egg.

But of course, these CUU.v cowboys will want to be taken seriously afterwards. Welcome to the whacky wizzo world of the Canadian junior, Ernesto.