Dr. Copper has been doing quite well these last couple of days and keeping North of that seemingly important $3 number. Where’s the next stop? Well, my uneddycated nose smells $3.10 and $3.20 as resistance but after that some sort of blue sky on the upside. On the downside, $2.90 has been a fairly strong floor….so far. 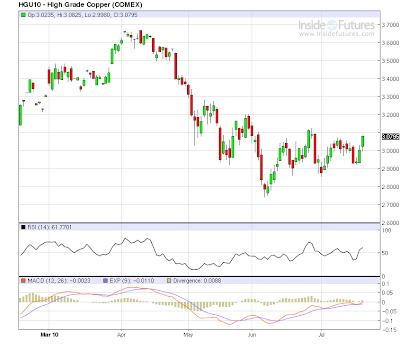 People, my personal call on copper right now was described in a Weekly two issues ago as “between leery and bearish”, which still applies today. But there have been some mumblings about China paying a premium to spot for immediate cathode delivery in the last couple of weeks, too. I’ve never been a “perma” anything, neither bear nor bull. Markets change and it’s only the King Canute types that don’t get that. So yep, still leery/bearish on copper, but also out there looking for enough evidence to prove myself wrong. DYODD, dudettes and dudes.