So says Gary over at Biiwii and as he’s the best chartist I know of he’ll get no argument from these parts. Here’s a monthly chart of the metal with just three lines to help the mind’s eye (though in this case they’re only underscoring the obvious): 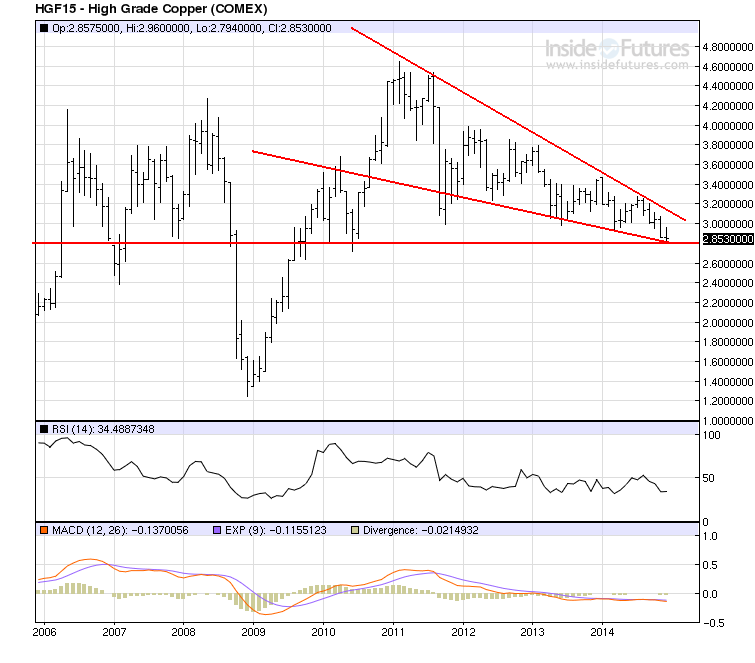