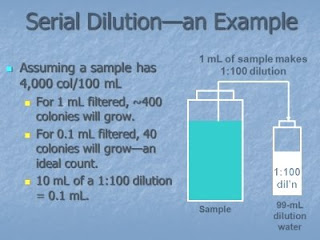 Back on October 2nd this post outlined the BoD-level mistakes that Coro Mining (COP.to) had made in the decision on how and when to finance and how much it had cost the company up til then. At the time the stock had just dumped from a very great height and was trading at $0.50. Now it’s down to $0.09 and the company has just tonight announced that it’s doubling its share count to raise just $4.5m in working capital, along the way handing over 34% of total shares to Benton Resources (BTC.v), a junior explorer with $19m in cash hanging round waiting to find a home (well, make that $16m, cos they’ve just bet $3m of it with COP.to).
So overnight COP.to shares out go from 38.5m to over 79m. Full dilution goes from under 43m shares to over 120m shares, all to get its hands on $4.5m in working cap. And it gets tougher still, because since COP.to lost its premier project due to the dearth of financing back in October it’s betting the farm on a copper/gold project in Mendoza Argentina, possibly the worst place in the whole Southern Cone to get mining permits.

The ostensible reason for Mendoza’s hatred of mining is that the locals are all clean and green and won’t allow nasty chemicals to be used around their way, such as cyanide and sulphuric acid. So COP.to has submitted a float-only business plan that needs no H2SO4 to produce its copper and gold. The problem with this is that the real reason Mendoza doesn’t want miners is the local wine growers’ cartel of criollo landed gentry want no competition for the cheap near-slave labour around grape harvesting time and they view any other large scale industry trying to move in on their patch as serious competition.

Progress sucks when it stops you from being rich and powerful. Thus even though COP.to’s plan is green, clean and mean, expect some trumped up objection to stop the mine from moving ahead. Unless, of course, COP.to can come up with suitable ‘incentives’ for the right people at the right time and by the looks of things that kind of deal might push share count over 200m just to get the permit signed. Then there’d be the little matter of raising $277m to build the actual mine. Yeah, we’re talking Lake Titicaca dilution world here.

Otto sez: avoid COP.to like the veritable plague. This thing is now operating for the benefit of those employed, not for any reason that could even approach being labelled as shareholder value. There are plenty other microdot priced juniors you can risk a few shekels with. This one is not the place.