Dengue: Such a serious problem that even Ruben Costas is talking sense 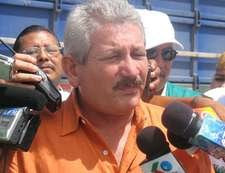 On February 5th IKN reported in this post that there was a serious dengue outbreak in the lowland region of Bolivia this year. Unfortunately, the whole thing has lived up to the worst expectations and there are now 35,000 cases of dengue confirmed amongst Bolivians, of whom 21 have died from the lethal hemorrage version type 2 (that occurs when a person is bitten twice by a dengue carrying mosquito).

Dengue “season” coincides with the rainy season in South America, and as such has the rest of March to run in all likelihood. That’s far too long for a disease that is threatening to move to the 50,000 case forecast of a month ago, so over the weekend Bolivia fumigated itself. Dr Morales himself was out there with smoker and facemask in the Trinidad region, but we’re going to leave the quote to Ruben Costas, prefect of Santa Cruz (the most affected area) and arch-political enemy of Morales (and we’re talking up to and including the brains behind last year’s aborted coup attempt).

Costas actually managed to say something sensible, and your humble correspondent is happy to agree with the guy for a change. Costas said:

“Today we forget any differences; today we are concerned with our people, with health and this is important. Today we join together our forces.”

“….when the health of our population is in risk, anything else becomes secondary. Today is a day of cleanliness, today is day to be conscious that we must fight against this plague.”

Which goes to show that redeeming qualities can be found in anyone if circumstances dictate. By the way and to wrap up, this year’s dengue outbreak has been worst in Bolivia, but Brazil, Paraguay, Argentina and Peru have all recorded cases. An illness that knows no political boundaries is something to think on, is it not?