Despite the USA’s best efforts, Bolivia is still determined to combat its drugs traffickers 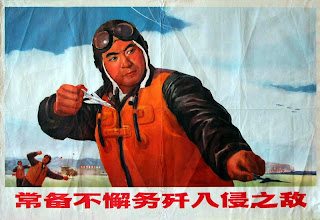 It’s been two or three years now, the time Bolivia has been trying to get itself a decent flotilla of aircraft to combat the drugrunning out of the eastern wing of the country where cocaine manufacture and transport to Brazil and beyond is rife. But sadly, up to now at least every time they’ve tried to buy to right kind of aircraft to help them stop the drug runners the USA has stopped them by, and this one I really like,  refusing to give permission to other countries to sell Bolivia the machinery (yep seriously, for example The Czech Republic wanted to sell Bolivia the planes, but The USA told their Czech pals that they couldn’t do that by invoking the ITAR military technology transfer laws for a plane that saw its first encarnation take off and fly in 1986!).
All the while, of course, The USA has accused Bolivia of not doing enough to combat its drug trafficking problem (while saying little or nothing against Colombia or Peru, the world’s two biggest exporters of cocaine..funny dat innit). So anyhow, this English language report out of Straits Times shows what happens when you use a stick instead of a carrot and why it’s a bad idea for The USA to continue with this “backyard” claptrap. Dudes, the Chinese aren’t coming…they’ve arrived (and been down this way for quite some time). Here comes a chunk of the story, click through for the rest:

LA PAZ – BOLIVIA is set to receive six Chinese-made combat aircraft to be used to fight drug trafficking, the head of the Bolivian Air Force said on Tuesday.
General Tito Gandarilla, the Air Force commander, told local journalists that the K-8 Karakorum jets are scheduled to be delivered in April, at a cost of US$58 million (S$74.5 million).
The aircraft, bought through a loan from China, will be the first of their kind for Bolivia, which currently has only training and freight aircraft.
Gen Gandarilla explained that the jets ‘have a lifespan of 15 to 20 years’ and have the ability to intercept illegal crafts that ‘in Bolivian airspace without authorisation’. The aircraft will be used mainly around Cochabamba in central Bolivia, where there is heavy production of coca plants used to make cocaine.
The Bolivian government also plans CONTINUES