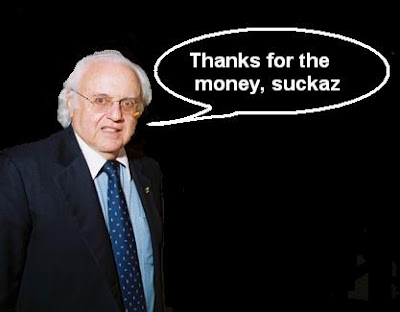 Well what a surprise.

Citing a “serious financial problem” (as well as getting no love for an extension to the time given by Peru to clean up the shithole of its own making called ‘La Oroya’,) Doe Run Peru this evening declared itself insolvent. This despite record demand, production and profit margins for smelting companies in the five year period to 2008 in Peru. How can all the other businesses in the mining sector make oodles of profit and DRP say it’s deep in debt without being totally stripped bare of cash by its owner?
Or in other words, Ira has got your money and he isn’t going to pay any stupid debt when a dumbass government will pay it for him. “Gringo Screw-You Capitalist Takes Wannabe Third World Country To The Cleaners” is hardly an original story, but it works here as well as it has in the other 56 squillion occasions.

Peru, you’ve been had as a bunch of suckers. Welkome to kapitalism komrades, now clean up the mess.

UPDATE: Interestingly, Peru’s über pro-gov’t paper El Comercio has just changed its headline on this story from “Doe Run Declares Insolvency” to a much milder-sounding “Doe Run Enters Process of Restructuring” on the same link above (the original title is now lost). The editor of this lapdog must have received squeals of horror from APRA.