Doug Casey has your handy Libertarian investment tip of the day

Your humble scribe reads the following headline on Kitco this fine, bright and warm springtime morning:

(and no, not linking to it, go find it yourself if you care enough).
Or in other words, you are being encouraged to take advice on the Fed’s influence on the markets from somebody who’s been 100% wrong about the influence of the Fed on the market for at least six years*. Doug Casey is so intellectually blunt that he doesn’t even get what “don’t fight the Fed” means, can’t remember how effective the phrase is, prefers to fight the Fed when making trade calls. Thing is, he may be dumb as a stump when it comes to basic understanding of the markets but he’s a marketing whizz and has known for a few decades that there’s a whole audience of pig ignorant fucktards with spare cash just waiting for somebody to tell them what they want to hear, no matter if it concurs with reality or not. You know them as Libertarians and Casey’s been fleecing them non-stop and getting very rich as a result for said decades.
That Einstein quote about madness, doing the same thing over and over but expecting a different result, springs to mind. 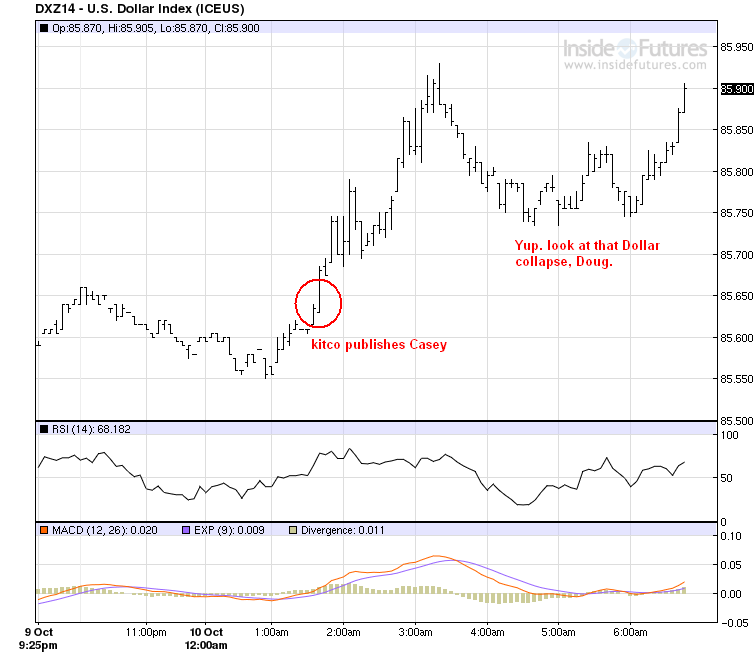 *probably much longer than that, but Lehman marks an obvious watershed and we only need to consider the period since the big collapse these days