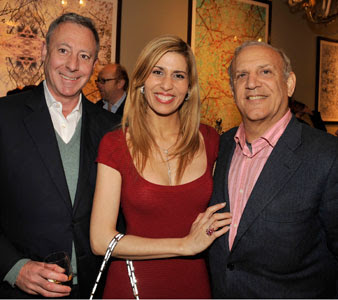 Once upon a time, Mark Leonard Kesselman was CFO of Ecometals (EC.v), so he’s clearly a guy that knows about numbers and finances and the way to file accounts properly and do things the right way. He’s still a director of Ecometals (and secretary for that matter) which is probably why last week he was called out as a dirty insider-trading scumbag by the British Columbian Securities Commission (BCSC) and had a cease trade order slapped on his trasero by the regulators. Here’s the link and here are the contents of the Cease Trade Order, dated June 22nd.
Cease Trade Order
Mark Leonard Kesselman
Section 164 of the Securities Act, R.S.B.C. 1996, c. 418
¶ 1 Mark Leonard Kesselman (Kesselman) is an insider of Ecometals Limited (Ecometals).
¶ 2 Kesselman has made changes in his beneficial ownership of securities of Ecometals and
failed to file the required insider reports within the prescribed time.
¶ 3 Under section 164(1) of the Act, the Executive Director orders that all trading by
Kesselman in the securities of Ecometals cease until:
1. he files the insider reports, completed in accordance with the Act and the
Securities Rules, B.C. Reg. 194/97, and
2. the Executive Director, makes an order under section 164 of the Act revoking this
order.
¶ 4 June 22, 2010

So yet another EC insider caught with his pants down, but today we found out just how naughty Kesselman has been. To rescind the CTO what an offender has to do is file the late trades in question and then ask nicely to be reinstated. Well that’s exactly what Kesselman has done today and here below are all the trades he “forgot” to file. At the end of January 2010, Kesselman owned 884,000 shares of Ecometals (EC.v). He then did this:
That right; starting the 5th February and ending on March 22nd, he sold all he owned in mostly small, systematic selling while EC.v was trading at the high prices brought about by its utter bullshit lies regarding the Zarza project in Ecuador. By the time reality had bitten and the stock had slumped to where it should have been all this time, Kesselman had sold out for the sum total of $739,547.50 in gross proceeds. He filed not a single trade until forced to do so by a Cease Trade Order from the BC Securities Regulators and only now do we get to see what this pussball was doing before the Zarza dusters sank the stock.

We’re left to reflect that this insider dumped 884,000 shares onto an unsuspecting audience and made off with nearly three quarters of a million in ill-gotten gains after sucking dry the bunch of greenhorn sheep that actually believed the bullshit hype peddled by this worthless company in 2009 and got suckered in by the liars and thieves that promo’d EC.v on bullboards and in pump’n’dump newsletters. Your humble scribe now awaits notes of apology from the wankers who hatemailed me all through the EC.v pump’n’dump scam just because I had the cojones to call it like it was from start to finish.