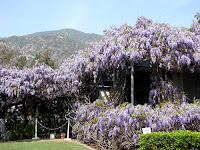 Hey guess what? Some guy called Wistar mailed me yesterday and took issue with a couple of things I said about him and his deeply underwater pump vehicle, ECU Silver (ECU.to). I won’t go into detail about the mail exchange as it is private correspondence, but suffice to say that he invited me to place my lips on a certain part of his anatomy so you can probably guess the general thrust of his missives.

You know that phrase “red rag to a bull”? Well I’m that bull*. So I’ve been checking out ECU.to and Wistar more deeply since yesterday, and OH WHAT FUN THIS LITTLE WONKY OTTO HAS HAD! Now I could go into a looooong long-winded takedown of Wistar (quite frankly it would be very easy) but better that we get to the grain of things and see what kind of company this ECU Silver really is.

The most fun of all can be had by checking out its latest 43-101 compliant technical reports. I mean, these are really special reads. Produced by Micon (it’s a homophone, probably) they have all the usual disclaimers about how resources can’t be relied upon and ECU has no reserves as yet (something Wistar seems not to have captured in his 29 years of suck…SORRY!…of client advisory). But once Micon has disclaimed its own way out of trouble it uses the resource assumptions tables that ECU kindly provided. You’ll see why this is important in a minute.

For example, go have a look for yourself (here’s the link, but it’s a 5mb download) at the 43-101 for the San Diego end of their Mexico gig, which is three concessions collective named Velardeña. San Diego is important because ECU Silver tells the world that it has a total inferred resource of 391 million ounces of silver equivalent. As San Diego contributes 214 million ounces of that total, it’s a lion’s share lump of the whole game.

Did you notice that word “equivalent”, by the way? Yeah, that means that not all those ounces are really silver, but are made up of other metals. In fact, here’s how ECU Silver stacks the metals up to 214m oz Ag Eq:

Well ok, that’s all well and good. But once you look at a couple of other tables provided in the 43-101 report, things start to get rather suspicious. Firstly, the pricing table. At San Diego ECU.to prices gold at $775/oz, silver at $14/oz, lead at 90c/lb and zinc at at a whopping $1.28/lb! This means that ECU.to assumes that for every 10.93lbs of zinc it owns one ounce of silver.

Now go look at current prices for Zinc and Silver. Zinc stands at 52c or so and Silver at $13 or so. So the real ratio should be:

Yeah, you got it. ECU.to should be saying to you “for every 25lbs of zinc we have one ounce of silver”. But no! It’s trying to tell you that its zinc is “worth” over double the amount that market prices dictate.

So if we go back to that 1,046 million pounds of inferred zinc resource again:

See the slight difference? Well that’s not even half the story, folks! The other half is that nearly all that inferred Zinc is hosted in sulphide rock, and the recovery rate as estimated by ECU.to and confirmed by Micon in the 43-101 is 48%. So the actual amount of zinc that can be extracted from the resource is less than half the contained amount!

Look, people, I’ve chosen just one of the metals from one of the three projects that makes up the Velardeña concessions owned by ECU.to and shown you that when they say “92.7m” the reality is more like “20.1m”, AND I’VE USED THEIR OWN FIGURES!

I could go on and on, for example running the same calculation techniques lops off another 38m oz or so of Ag Eq from the inferred Lead resource. I haven’t even started on the other two sections that make up the entirety of Velardeña and already 110m oz of silver has disappeared into a puff of reality. And remember that all this time we’re talking about an inferred resource, something much less reliable than the still unreliable M+I resources that ECU.to has outlined at the project. There are no economic reserves there whatsoever! However that doesn’t stop a charlatan such as Wistar from trying to comment on my blog yesterday (and I quote):

” ….you failed to acknowledge the fact that ECU has 431 million ounces of silver equivalent….”

I failed to acknowledge it because it’s a total crock, Wistar W. Holt! What kind of mental blockage or pumphouse attitude do you have that allows you go jump from an inferred resource to “ECU has” anyway? And then check the math above afterwards, because I’ve already lopped off over a hundred million ounces of that Ag Eq without even trying hard. Not. Even. Breaking. Sweat.

Now you know what to look for you can do the rest of the DD yourself, kind reader. Meanwhile, IKN reiterates its call on ECU.to: Don’t buy it, don’t sell it, don’t short it, just avoid it like the plague.

Disclosure: I’ve never traded the stock neither long nor short and I never will. I won’t be using Wistar’s investment advisory service, either.

*horoscope sign is taurus, as a matter of fact