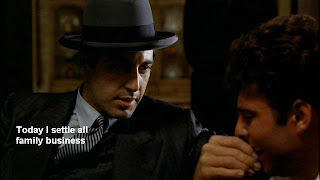 Note down 14th of January in your bizdiary, esteemed lector of IncaKuloNews.

More on the miners: As for ongoing rumbles and protests, yesterday was another day of skirmishes between anti-mining protestors and The Studfather’s enforcement brigade. One journalist was taken hostage by the protestors for a while but then released. Sticks and stones were thrown at 20 cops until another 50 turned up and things went quiet. There is no big, organized voice-of-the-people against mining going on, but plenty of photo opportunities for the treehug brigade to take photos and handwring themselves into a frenzy.

The most notable absentee from the protests has been CONAIE national executive. The indigenous umbrella group has made anti-mining noises from the sidelines but hasn’t actively joined in the protests. This is pretty significant, as although CONAIE has the manpower to help bring down governments if it wishes (check the history books for proof), it’s also a canny operator and knows how to play the realpolitik game. There are enough indigenous members of CONAIE that want mining development to go ahead (those local groups have been hanigng round a welcoming Congress all week) and so CONAIE has backed off the full commitment protest, it seems. Put simply and without beating around the bush, this means the law is going to pass next week. Period. No ifs, no buts, no stupid comebacks from people who don’t know about Ecuador.

From there we’ll have a period of i-dotting-and-t-crossing and it should be on the books by the end of the month. Bought DMM.to today? Looks like somebody did!