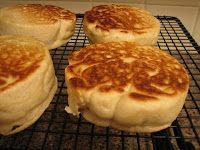 mmmmmm…yummy…muffins
The ongoing Ecuador bonds saga is kinda fun to watch (in the same way it’s fun to scratch a mosquito bite). Sure enough, the world that knows what’s going on continues to drip-feed information to the world that doesn’t, with the process continuing yesterday.

First up is Bloomberg, with an admittedly well-written note from Stephan Kueffner who reports how Debt Committee member Olmos explained that Ecuador’s legal recourse may block Correa from defaulting on the bonds. Again, this is nothing new to those who’ve been giggling from the beginning about all this (count me in), but perhaps the most telling line in Kueffner’s note is this one…

….meaning the headless chickens chasing the story are still reacting to the drip-fed news. Gotta laugh. Now 3/4 of a cent may not sound like much to you, but a 2.8% move in a bond isn’t anything to ignore. More interesting is the way something that should be known to anyone with skin in Ecuador bonds can be thought of as news and move the markets. The phrase “more money than sense” comes to mind.

Next up we had Celso Amorim, Brazil equivalent of Foreign Secretary (you might remember him as Brazil’s point man in the Doha talks). He also pointed out the blatantly obvious by saying that if Ecuador defaulted it would affect credit ratings in the whole of the region, not just that sovereign state. Thus the “regional” card is played and the honourable way out for Studmuffin begins to be mapped. Let’s see how far those expert analysts who couldn’t find Quito on a map take this one……

Final addition is the fun part, with Ecuador’s MPD party (aligned with Correa) petitioning for prison sentences for eight of the nine Presidents that came before Studmuffin (namely Sixto Durán Ballén, León Febres Cordero, Oswaldo Hurtado, Rodrigo Borja, Fabián Alarcón, Gustavo Noboa, Jamil Mahuad y Lucio Gutiérrez), the “lock ’em away forever!!” shouts due to their supposed collusion with those nasty foreign bankers and their nasty bonds. This call has as much chance of prospering as Alan García on ‘Dancing With The Stars’, but at least it makes for an interesting sideshow.

By the way and as a little sidebar to round this off, the only Prez left off this list is Abdalá Bucaram, who was Ecuador’s head honcho for a full six months in the 90s before being stripped of the job due to “mental incapacity” (Otto shits thee not, dearest reader). Check the wikipedia entry on this guy for some general background, but “El Loco Bucaram” one of my all-time fave characters in LatAm politics and (among a thousand tales to tell) owner of one of the best political quotes of all-time-ever-amen. He once called previous Ecuador President Rodrigo Borja “a donkey” (un burro), which is pretty insulting in Spanish as it’s a synonym for “really stupid”. It caused outrage at the time, and there were calls from all quarters for Bucaram to apologize. He then said, “I have to admit that it was a terrible thing to compare Borja with a donkey. I apologize to all donkeys”.* The exact quote is underneath because it’s even funnier in Spanish.