Last night, Ecuador’s Constitutional Court (CCE) ruled that the question put before them regarding a referendum on metals mining in Azuay province was denied passage, as they decided it “did not guarantee the freedom of choice of the reader” (i.e. it was biased in its wording, one way or the other) and threw out the petition. Leader of Azuay’s anti-mining movement, its Prefect Yaku Pérez, says they will now take their fight to international courts. Good news for INV Metals (INV.to), which may get some temporary relief from the beating it’s taken (but the antis aren’t going away anytime soon and the lack of social licence here is just as important as any piece of paper). Here’s how the CCE ruling read (screenshot): 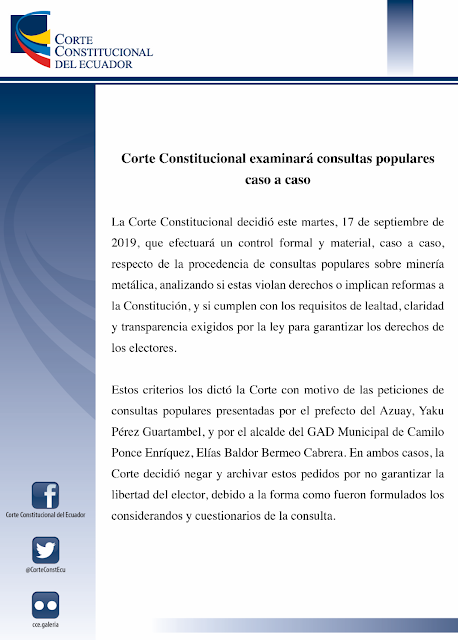