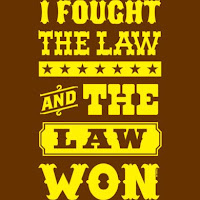 Yep, despite the protests from small but vociferous groups of treehuggers and the people that they’d either bribed or brainwashed, it’s going on the books.
Last night Ecuador’s new law passed its second reading and is now headed up to the executive (i.e. the Muffin) for final i-dottin-and-t-crossin. As this next part is a simple formality we can say for all intents and purposes that the law is on the books and miners can get back to doing what they do best; mining. Here’s the official Ecuador Assembly report link.

So let’s watch that DMM.to chart today and see if it can’t get a bit closer to the gap shown in that previous post. And let’s also spare a thought for the Aurelian shareholders who were royally screwed by a self-serving board of directors last year; what price ARU.to today if it still existed?

But my best and warmest thoughts are for Ecuador itself; it might have been an extremely drawn out process, but Correa has done great service to his country via this new law. It banishes the speculators and wide-boys from the scene, it protects the environment (I mean, woe betide any miner that tries to cut corners on this piece of statute) and it will allow Ecuador to grow as a country in a responsible way. Correa might have made a grand-scale error with the bonds issue but this law is a net positive for him, his eventual legacy and his country. Applause.